Which Drones Are Best For Mapping?

The answer depends on what you are trying to map (or model) and how large that area is. First, there is a distinction between mapping and modeling. A map is a top-down representation of features on the ground laid out spatially in a way that you could measure the distance between any two points on that map (e.g. Google Earth is a map of the earth). Maps can also have an elevation component to them as well either displayed via contouring or as a Z value embedded in each pixel of a raster DEM. A model is a 3D recreation of an object or structure (e.g. Google Earth, in some places, has 3D modeled cities that can be viewed as a layer over the map). While both are derived from imagery, different drones are more suited for each.

Modeling requires the ability of the drone to hover around an object taking photos at extreme oblique angles, possibly even from below in the case of bridges. Multirotor drones excel here as they almost have gimbals to support and control their payloads.

DJI, Microdrones, and Skydio are probably the most well-known manufacturers in this space. However, of the three, DJI and Microdrones are also capable of acquiring imagery for mapping. Skydio’s focus is on autonomous modeling. With no aerodynamic properties, they rely on constant power to the rotors to stay aloft, much like a helicopter. Therefore the area that they can map per flight is relatively small.

There are now multirotor drones that operate for longer durations using fuel cell technology or as hybrids using a combination of gas and battery power. These drones were designed to carry heavier payloads such as LiDAR. Note that increased payload capacity results in larger drones and more power consumption. So the tradeoff is less portability and more stringent maintenance and storage requirements,

Fixed-wing drones have all the aerodynamic properties of conventional aircraft relying primarily on lift and power to keep them in the air. They are always in forward motion therefore not well suited for modeling. However, fixed-wing drones are very efficient and can typically operate for much longer durations per flight. This allows for the mapping of much larger areas. Systems such as Wingtra, Quantum Systems, and Sensefly can all fly 2 to 3 times longer than the majority of multirotor drones.

Of the three fixed wings listed, two, the Wingtra and Quantum Systems also have Vertical Takeoff and Landing (VTOL) Capabilities allowing them to launch and land without the need for a runway or open field.

Multirotor drones currently carry a wider variety of sensors. This is due to their increased lift capabilities, ability to stop and hover during flight, and the incorporation of gimbals to control some sensors. RGB cameras (with zoom capabilities), Video, Thermal, Multi Spectral, and LiDAR sensors can all be found underneath multirotor drones. 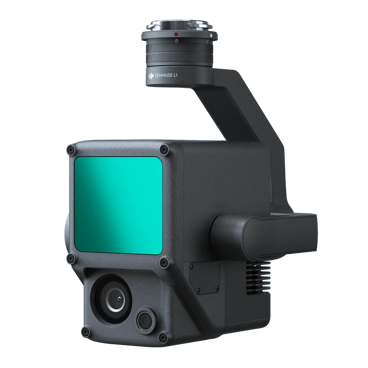 Fixed wing drones carry fewer payloads primarily because of their constant forward flight characteristics and weight limits. RGB, Thermal and Multi Spectral sensors with fixed focal length lenses (better suited for mapping) can typically be found underneath fixed wing drones. LiDAR systems are still a bit too heavy for fixed wing currently. That and the speed at which they fly in proximity to the ground is a limiting factor in the point densities attainable with current LiDAR technology. 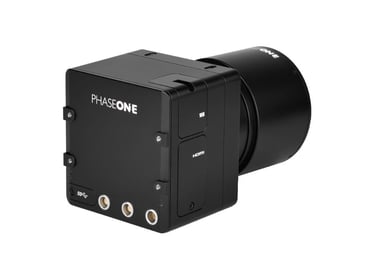 Metric Cameras vs COTS sensors. Metric Cameras are cameras that have precise known measurements and are not susceptible to deviations due to environmental conditions. They typically have the highest quality fixed focal length lenses and are professionally calibrated by the manufacturer to ensure all parameters are known. These are found more often in mid-size or large format cameras. The majority of sensors supplied on drones are COTS sensors and do not have a fixed focal length. This can result in less than optimal mapping results. This is why Correlator3D minimizes this by performing a boresight calibration during the AT process to calculate the camera’s true parameters.

Both Multirotor and Fixed-wing drones carry onboard GPS to determine and report their location at any given moment. When using a drone for modeling or mapping each image captured gets tagged (Geotagged) with location and altitude at the time of capture. This allows mapping software such as SimActive’s Correlator3D to import and assemble a series of images for aerotriangulation and bundle adjustment.

Basic GPS information is accurate to approximately 3 meters. Correlator3D in the AT and bundle adjustment process will refine this error and eliminate it relative to the scene being mapped. With ground control, the resulting DEM and Orthomosaic can be extremely accurate. Other GPS solutions used onboard drones are Real-Time Kinematic (RTK) and Post Processed Kinematic (PPK) GPS. RTK requires a base station on-site collecting GPS information in tandem with the drone correcting the position in real-time. This can bring the drones’ reported position from meters into centimeters.

RTK requires the additional expense of a base station. The potential drawback is that if the base and the drone lose their connection, there is no recovery in reporting quality positions. Therefore it is recommended that the drone GPS be capable of acquiring both the L1 and L2 GPS signals for redundancy.

PPK does the same without an onsite base station. Instead, it relies on a network of established stations selecting the nearest operating one and a correction is applied to the drone’s reported position through post-processing.

The drawback can be the delay in receiving a post-processed solution. This can take as little as an hour for initial results to days if the most accurate results from the ephemeris solution are desired. Proximity to the nearest operating station can affect results, and in some areas, there may not be an operating station eliminating your ability to use PPK.

PPK was originally designed to be used in mapping projects where the placement of ground control would be extremely difficult. However, in both cases, control is still required to generate the most accurate mapping results.

The final positioning component is the Inertial Measurement Unit (IMU). Where GPS provides the Z, Y, and Z location of the drone, and IMU provides the exact orientation roll, pitch, and yaw aka omega, phi, and kappa. These are necessary when using a Fully constrained AT or Direct georeferencing solution for your bundle adjustment in Correlator3D. Like onboard GPS equipment, the quality of the IMU can greatly affect the results of processing. In fact, the typical IMU that comes installed on COTS drones, should not be used in constrained AT or Direct georeferencing bundle adjustments. These are for extremely precise IMU such as Applaniz and Novatel systems.

Each type of drone has its own benefits and excels for specific uses. The following is a quick table breaking them down.

Note there are base models and upgraded models represented here. Costs can vary widely given the options chosen. Also, this is a list of the more popular drones on the market today. There are many others available that may suit a specific need better than these.

When choosing a drone or drones for your program, consider the type of work you will most likely be doing. Consider your accuracy requirements and the additional expense of survey equipment necessary for RTK solutions. Or conversely, possible cost savings over time with a PPK solution. Lastly typical project size: will hot-swapping batteries with multirotors suffice or should you go for a fixed-wing with longer flight durations?